Who me? Make a Wiki?

Many years ago, I learned an Irian Jayan word from a missionary who had lived there. In the mountainous region where he worked, when people were amazed they said, "Wee Wow!" Ever since that day, I have used the phrase "Wee Wow" when I am feeling astounded or surprised. (This reminds me of a terrible movie that I watched once called Wrong Way Goldfarb. It was set in the desert with a pilot who got lost and ended up in a harem or something. The reoccuring line was "Wrong way, Goldfarb." Ever since watching this movie, whenever I go the wrong way, I think, "Wrong way, Goldfarb." But I digress.) Today I am saying, "Wikis. Wee Wow!" They have so much going for them. They are webpages which can be turned into documents that editors can change. The editors ar 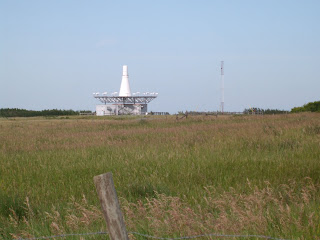 e just regular people, for the most part, who have gotten access to the page. The goal is to collaboratively create a collection of information which anyone in the world can access. The information has been created, edited, revised, and organized by people like me.

Wikis can be used in schools (more about that in another post) but can also be used in a more restricted way within any community. An office or company could use a wiki rather than sending out innumerable emails. City councils could use a wiki to set up the agenda and make documents available that need to be reviewed before the next council meeting.

In my previous post, I talked about the receptive and productive nature of 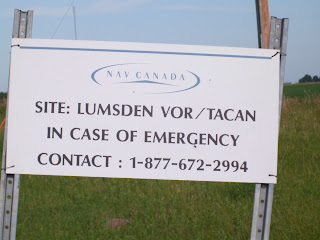 wikis. Yesterday when my husband and I were driving to Regina for the Rider game (They lost. Edmonton are you happy!), I was telling him about wikis. (He was a captive audience.) He asked if there was a wiki about NavCanada and the navigational beacon that we always see on the way to Regina. I told him that I didn't know but I could help him to set one up. (Since then I have investigated and there is a wikipedia entry for Nav Canada [address])
At that point I wasn't even sure that I knew how to set up a wiki but sometimes the best way to learn is to teach someone else. 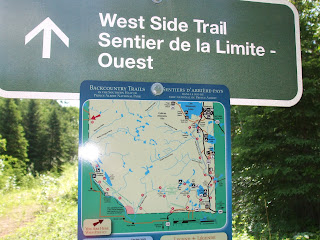 nformation on Canada so that Wikipedia can tell Canada's stories more completely.) He said that he was more interested in creating a wiki about Trail 57 in the Prince Albert National Park north of Prince Albert. My husband likes to do bush biking. Recently he attempted to ride through Trail 57 from the Narrows to the town of Waskesiu. It is 40 kilometers of an old road. The road is no longer maintained. In fact, even the culverts have been removed from the road. My husband's progress was eventually blocked by several continuous beaver dams which he could not navigate around. So he would like to start a wiki to gather information from others who have successfully completed this trail. I told him that there are other wikis about trails. (See Trails wiki connection.)

I have now created a wiki about something I am passionate about--the history of some of the older homes in the Caswell neighbourhood of Saskatoon. Here is the URL for my wiki. I will continue to add more information to it. I will invite the homeowners and those interested in the history of the area to add their knowledge to this wiki. Perhaps the podcasts of the Caswell walking tour could be housed within this wiki. So the answer to the question, Who me? Make a wiki?, is "Yes, I can make a wiki".